Share a memory
Obituary & Services
Tribute Wall
Read more about the life story of Ruby and share your memory.

Ms. Ruby Walker was born December 24, 1940, in South Bend, Indiana to Charles Sr. and Ollie Mae Walker who preceded her in death. She was the sixth child out of eleven. Ruby grew up in a loving Christian home where family values were taught. Ruby gave her life to the Lord at a young age.

Ruby graduated from Washington High School in South Bend in 1958.  In 1970, Ruby and her four children relocated to Kalamazoo, Michigan. Ruby continued her education at Kalamazoo Valley Community College where she obtained her Associate’s degree in Social Work. Upon, graduation Ruby became employed at Bronson Hospital and was later employed at General Motors. After being laid-off, Ruby and her family relocated back to South Bend where she was employed at the Department of Health & Human Services working in several departments. Ruby eventually retired in 1998 after serving as a property manager at the South Bend Heritage Home Foundation.  In September 2022, Ruby relocated to Covington, Georgia fulfilling a life- long dream of becoming a Georgia Peach.

Ruby was very active in the South Bend & Kalamazoo communities. She helped to start and co-facilitate a social club for teenage girls called “The Diamondnettes” at Washington High School. The ladies were taught life skills and volunteered in the community.   She was a member of the Urban League, Black Expo & Rainbow Coalition. Ruby was an active member of the Democratic Party serving as a poll supervisor for several years. She also sat on the board for the AIDS Ministries. Ruby helped start the Para-Learning Center in Kalamazoo. Ruby also led the fight to organize the first Union at the Department of Health & Human Services.  After years of activism and serving others, Ruby received the South Bend’s Hometown Hero Award under the leadership of Mayor Steven Luecke.

In her free time Ruby enjoyed cooking, traveling, interior decorating, planning weddings, shopping, talking on the phone, and getting a bite to eat. Ruby also enjoyed volunteering at the Barksdale Boys & Girls Club in Conyers, GA. Most of all Ruby loved praising the Lord.  At the time of her passing Ruby was a member of Macedonia Missionary Baptist Church in South Bend & New Birth Missionary Baptist Church in Lithonia, Georgia.

To send flowers to the family or plant a tree in memory of Ruby L. Walker, please visit our floral store. 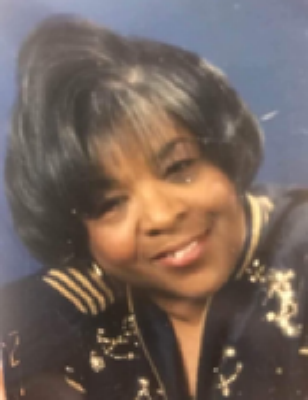