Share a memory
Obituary & Services
Tribute Wall
Read more about the life story of Xavier and share your memory.

Mr. Xavier Tyreice Taylor, 30, of Elkhart, Indiana departed this life peacefully at 1:00 AM on Sunday December 25, 2022, at Beacon Memorial Hospital in South Bend, Indiana. He was born on April 11, 1992, in Elkhart, Indiana to the late Cathie Taylor and Damion Caston who survives. Following the passing of his mother, Xavier was raised by his loving grandparents Carolyn and the late Clyde Taylor. Xavier accepted Christ as his Lord and Savior and was baptized at an early age. He was a member of Community Missionary Baptist Church. He was a 2010 graduate of Northwood High School in Nappanee, Indiana. While in school Xavier was very active in sports and participated in track and field. After graduation he went on to attend Ivy Tech College. Prior to becoming ill, he was employed at Enterprise Car Rental. Xavier enjoyed spending time with his sons Rylan C. Taylor and Braylen K. Taylor, listening to music, playing cards, videos and being with his family and friends. He was a man full of life and charisma. He could brighten up anyone’s day with his warm smile and laughter. He met no strangers. During his lifetime Xavier was very well loved and shared a special bond with his grandparents. He will be forever missed by his mother Carolyn Taylor. Along with Carolyn he also leaves to cherish, Rylan and Braylen Taylor; eight sisters Connie Taylor, Carmen (Dennis) Arnold, Nicole Caston, all of Elkhart, Indiana; Joyce Hence, LaVern Hence and Mary Ann Taylor all of Detroit, Michigan; Cassandra Taylor of Chicago, Illinois and Carolyn Ann Taylor of Clarksdale, Mississippi; seven brothers; Damion Caston Jr., Anthony Caston, Terrance Taylor and Alfred (Melinda) Hence, all of Elkhart, Indiana; Willie Hence, Tony (Keesha) Hence, all of Detroit, Michigan and Clyde Taylor, Jr. of Chicago, Illinois; his significant other, Tamika Blount and her son, Christian Buirse both of South Bend, Indiana. He also leaves a host of nieces, nephews, cousins other family members and many friends. Along with his mother Cathie Taylor and grandfather Clyde Taylor, Xavier was also preceded in death by one brother, Lonnie Taylor and by his paternal grandparents Joyce and Andrew Caston. Xavier’s time here on earth was short but I know he would want us to help each other to stay strong during our time of sorrow and to know that he is no longer wondering about his illness. He has seen the light of our Lord and Savior. He’s now gone home to be with our Heavenly Father.

To send flowers to the family or plant a tree in memory of Xavier T Taylor, please visit our floral store. 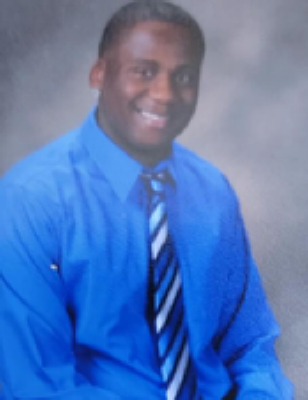